We have recently read about a German company called Armatix that have released the world’s first ‘smart pistol’ technology and have even incorporated it into a hand gun of their own called the iP1. 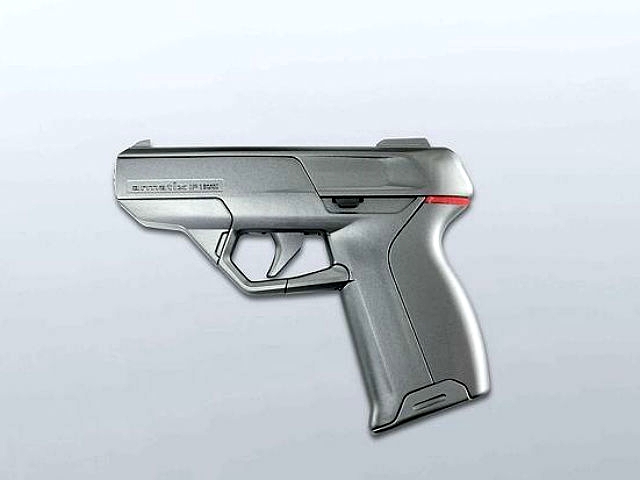 Their definition of a ‘Smart Pistol’ is basically a gun that can only be fired by specific user/s and has been developed so that if a gun is lost by or stolen from the programmed user/s it cannot be fired by anyone else.

These types of guns were first introduced to the general public as a personalised gun in the last James Bond film, Skyfall, in the scene where the latest Q tries to discreetly hand over and explain the feature to Bond in the middle of a London Art Gallery.

In the movie the handle of the otherwise normal looking Walther PPK has a number of sensors which pick up on Bond’s hand and finger prints and the weapon is coded to allow him, and only him, to fire it.

The iP1 is similar in that only certain users can fire the gun but this is done in a very different way.  With this version of a ‘smart gun’ the user has to have a special watch which is coded to the gun which can only be fired by the wearer.  Of course the watch can be taken with the gun, which is not so easy with fingerprints, but it is still a great idea.

The safety catch of the gun can only be released via the watch (although we doubt that will be very desirable in any kill or be killed situations) and there is even talk of  other features such as tracking capabilities and also some kind of Target Control Setting which will only allow the gun to be fired at ‘permitted’ targets.

We can of course see how this would benefit such issues as shipping of weapons, as the gun and the watch should never be shipped together, and also the theft and re-use of weapons.

Unfortunately we cannot see how this very clever technology will resolve the more worrying issue of legitimate and legal gun owners running amok with their weapons and shooting everything, anything and anyone they can.

It appears to us that the efforts of the designers have not been directed at the uppermost issue that is worrying everyone, especially in the United States, that people with guns have the capability to run wild killing anything and everything in sight as is happening more and more over there.

In our opinion this is just a way to appease the anti-gun campaigners when the only effective solution is to stop making guns so easily accessible.

We have been supplying individuals worldwide with body armour such as bullet proof vests for the last 18 years. Over these years our body armour, ceramic bullet-proof plates, Famostone plates and ballistic helmets have been battle tested on numerous occasions. Should you require any advice on our body armour do get in touch.