As reported in the Times today a major article uncovers the truth about the value of hidden CCTV cameras in the homes of the elderly and the vulnerable. The charity Action on Elder Abuse which helps to run a national helpline has reported that the number of calls from people who feel that they are suffering financial abuse rose from 3,500 to 7,529 last year. Adult social services received 21,935 allegations of theft and fraud in the past 12 months, 4168 of them relating to carers.

A large number of cases, in fact by far the majority, were brought to light when relatives of the victims decided to take positive action by installing covert CCTV cameras such as those hidden in smoke detectors. PIR motion detectors, like the type used in most burglar alarm systems or even a fully functional clock radio.

The police have admitted being called to investigate more financial crimes against the elderly than ever before. Clearly the police have a very difficult task trying to prove that someone has taken a few notes out of an elderly person’s handbag or wallet. The victim is invariably old and sometimes quite defenseless and the situation is made worse by the fact that they are often reluctant to appear as witnesses in a court case. The president of the association of Directors of adult social services has confirmed that the use of cameras to catch thieves was increasing and proving to be helpful to the Police. 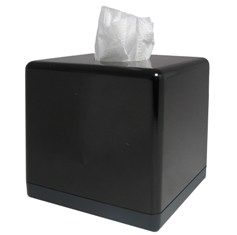 One of the big problems when money goes missing from an elderly, and vulnerable, person is the fact that they so often have a number of sets of carers coming in on a rota. They may also have a cleaner coming in and some even have the local chemist coming in to deliver pills so when money goes missing everyone becomes a suspect. This is unpleasant for everyone concerned and may have an impact on the care that the client receives.

As elderly people become less mobile they tend to spend the majority of their time in only one or two rooms which makes it much easier to monitor the areas where a theft is like to take place. The most suitable way of covertly monitoring a room would be with a covert camera with a memory card which can be taken out and viewed on any computer. There are also now a number of covert Wi-Fi cameras on the market. Cameras can be in a WI-FI clock radio or a in a Pure DAB radio with night vision facility so you can view what is happening even in a very dark room.

One culprit was reported as having been caught through recordings taken on a pen camera. 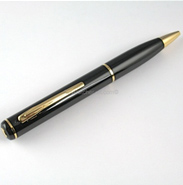 The vast majority of carers are clearly honest and would never steal from a vulnerable older person however experts fear that as the population ages and more carers are required there will be an increased need for vigilance, particularly as the increased cost of residential care means that more people are being looked after at home.

Another area where covert CCTV is being used increasingly is by the parents of young children. With a new nanny, babysitter or child carer looking after the child parents want to take no chances and will do whatever they can to re-assure themselves that the child is being looked after properly. For £75.00 they can but a WI-FI Pandacam which will allow them real-time viewing of their child. It also has night vision so you can watch the child whilst it is asleep in a darkened room.